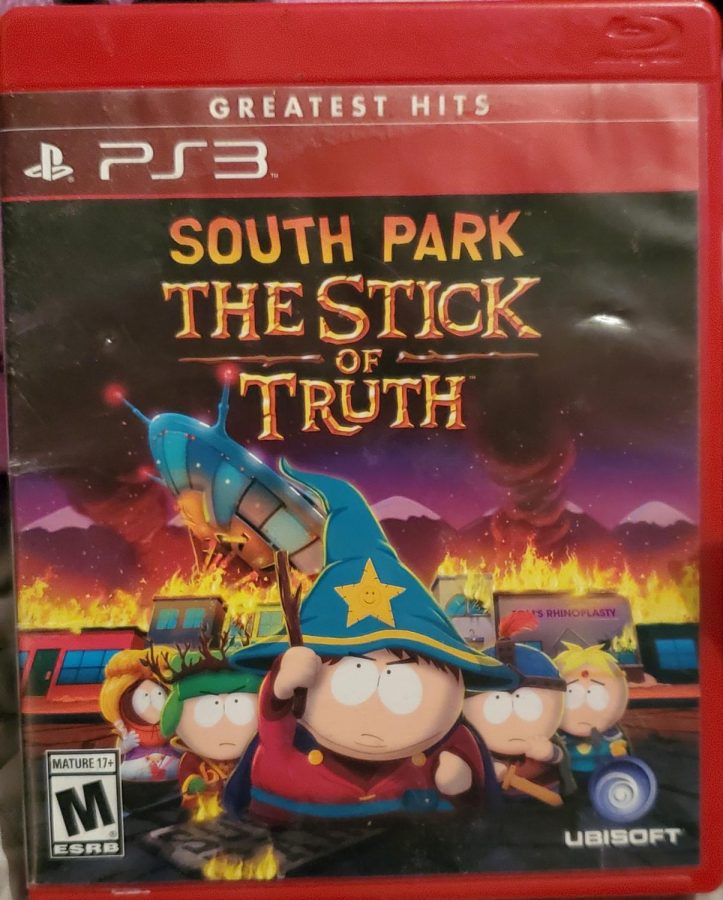 I have been playing South Park Stick Of Truth for a few weeks. I recently finished the whole game. The whole plot of this game is the player is a new kid in a town in Colorado. The player meets Cartman and his friends while they are playing a game. Cartman invites the player to play with them. The game consists of the humans battling the “elves” for the stick of truth. The stick of truth allows the holder of it to control the universe and keep everything in balance. After a long initiation process, the player finally gets to run around doing tasks and battling other NPCs in the game.

I was really into the game because it’s really funny, but since it’s South Park, it is very crude in language and humor.

There were a few times where I had to rage quit because I couldn’t figure out how to do something, and it wouldn’t let me continue on with my life. I had to Google a few of the missions because it was extremely vague on how to proceed.

I do like how the game is set up. It’s very simplistic and it gives a task menu that helps give hints on where to find treasure and tasks. The battle parts took some time to get used to because each NPC and the player gets to take turns beating up on each other. Once I got used to battling the NCPs like that I got very good and it was a lot of fun playing it.

As the game progresses, the missions get relatively harder. When the player gets kidnapped by aliens, that’s when things start getting uncomfortable. Keep in mind that the South Park kids are underage, so when there was an alien probe scene on the player’s character I got mad. The player had to mash the X button at a rapid pace to break the probe. I had to take several breaks from this game because my Playstation controller sucks and the X button kept getting stuck. I watched my underaged character get probed close to fifty times.

Overall, I enjoyed the game. It could have had easier missions and clearer tasks but the more a person plays the more they improve. I liked the clothing and weapons that the player could collect. I would rate this game 4 stars out of 5, just because some parts of the game were uncomfortable to play.