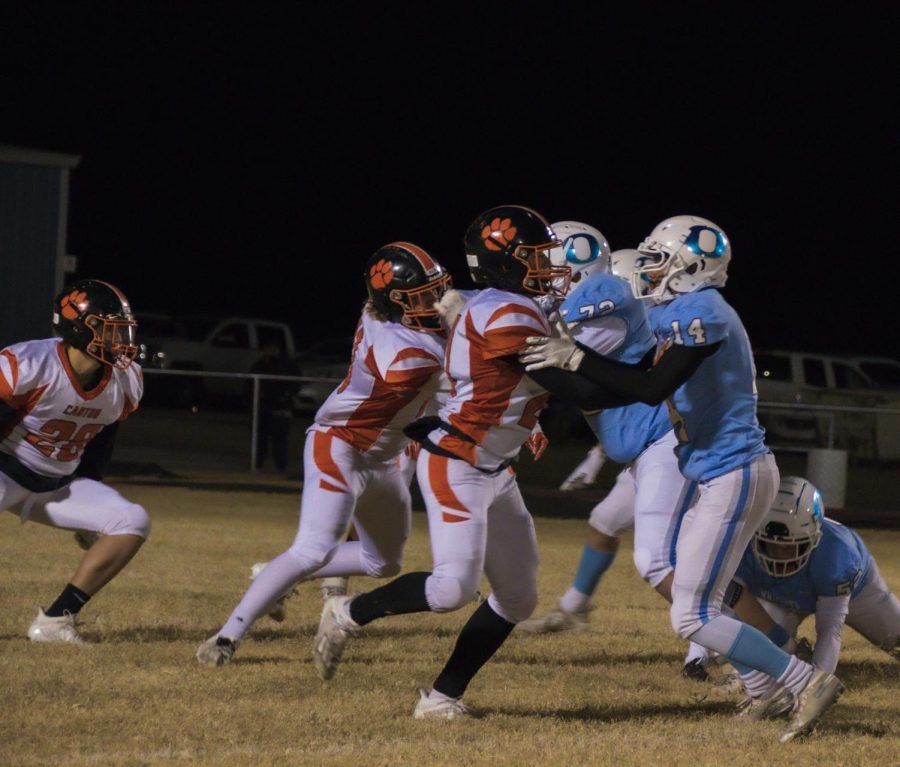 Seniors Jake Sinclair and Seth Bromlow block on defense in the 3rd quarter.

On Friday, November 13, the Tigers traveled to Okeene to play their first game of the playoffs.

Okeene started off the second quarter with a touchdown. The Tigers had a short drive, but Okeene stopped their drive. After stopping the Tiger’s drive, Okeene ran the ball down the field and made a touchdown. Okeene scored one more touchdown before the quarter was over.

Okeene received the kickoff to start the third quarter, but they were not able to score. Both teams drove the ball down the field but were eventually forced to turn the ball over. Okeene managed to score once before the quarter was over.

Both teams were unable to score any points during the fourth quarter. The score at the end of the game was Canton 0 and Okeene 28.