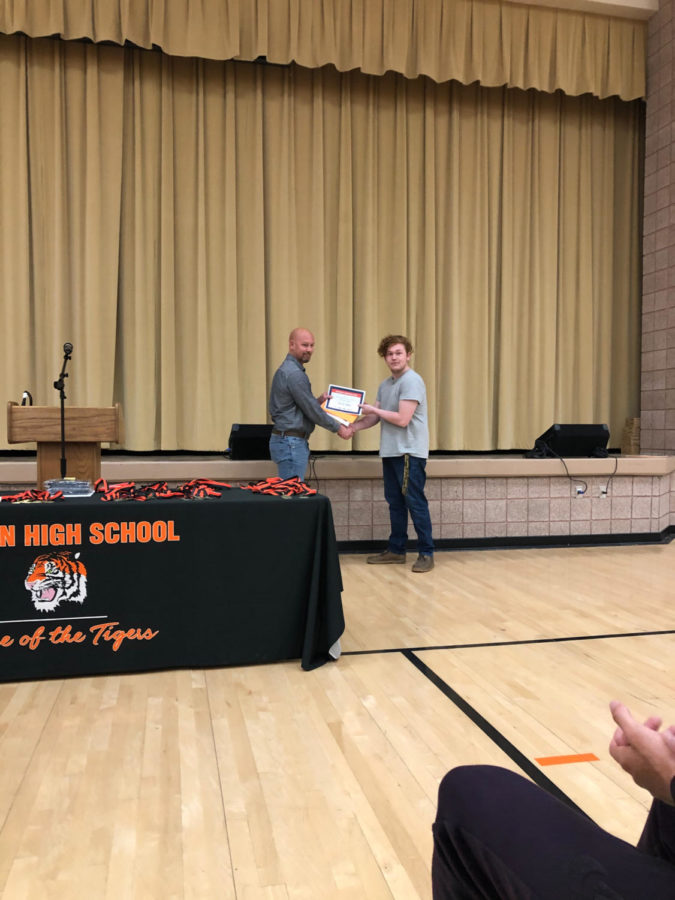 Competitors first took a written test that covered basic diagnostic questions. Following the written test, Johnson was taken to a room where they had to measure the specifications of car parts. There were multiple rooms where the students had to go and identify car parts, read AC units, and read computers.

“There were 60 competitors overall so I was really surprised when I won. It made me happy that I could represent the Northwest Technology Center,” Deuce Johnson, automotive competition winner, said.