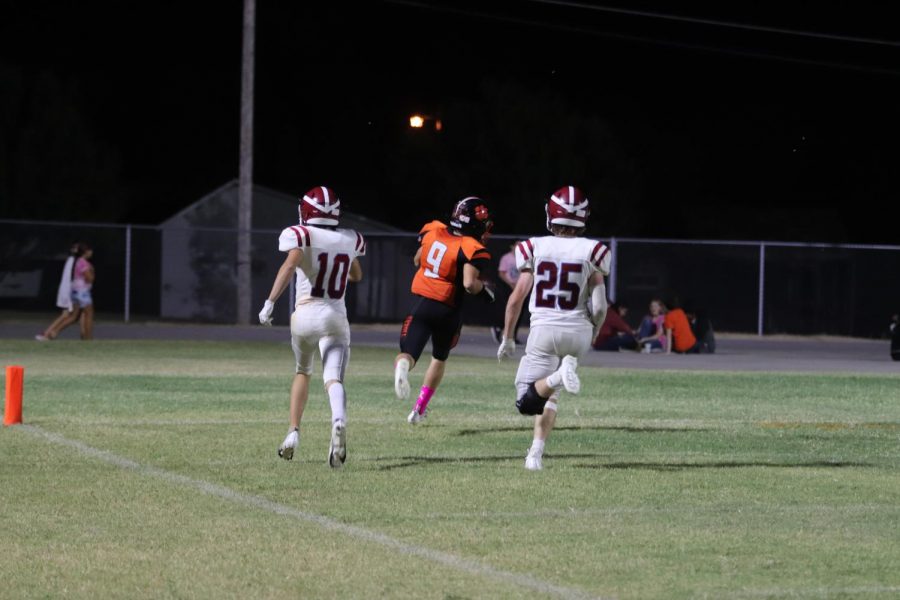 Brandon Day leaves Waurika player behind and scores a touchdown.

Friday, October 1, Tigers played the Waurika Eagles for their fifth game of the season. This game was also Canton’s Pink-Out game, where classes created different projects to raise money for funding cancer research.

The Eagles kicked off to start the game, soon making a touchdown after getting possession of the ball. The Eagles went on to make two more touchdowns adding two-point conversions for each one, while the Tigers were able to score one touchdown before the end of the quarter.

During the second quarter, the Tigers caught back up by adding two more touchdowns to the score. The Eagles managed to make another touchdown along with a two-point conversion right at the end of the quarter.

During the final quarter, the Tigers were able to add two more touchdowns to the scoreboard while the Eagles added one of their own, bringing the final score to Tigers 48 and Eagles 66.